Crain’s Chicago Business publishes its “Most Innovative Companies” list based on an independent review of patent output and quality by evaluating Chicago-area companies that received patents from the U.S. Patent & Trademark Office last year.

MemoryWeb had nine U.S. patents at the time of the list’s publication, five of which were issued in 2021. The company’s 10th patent is due to be issued on October 25, 2022. 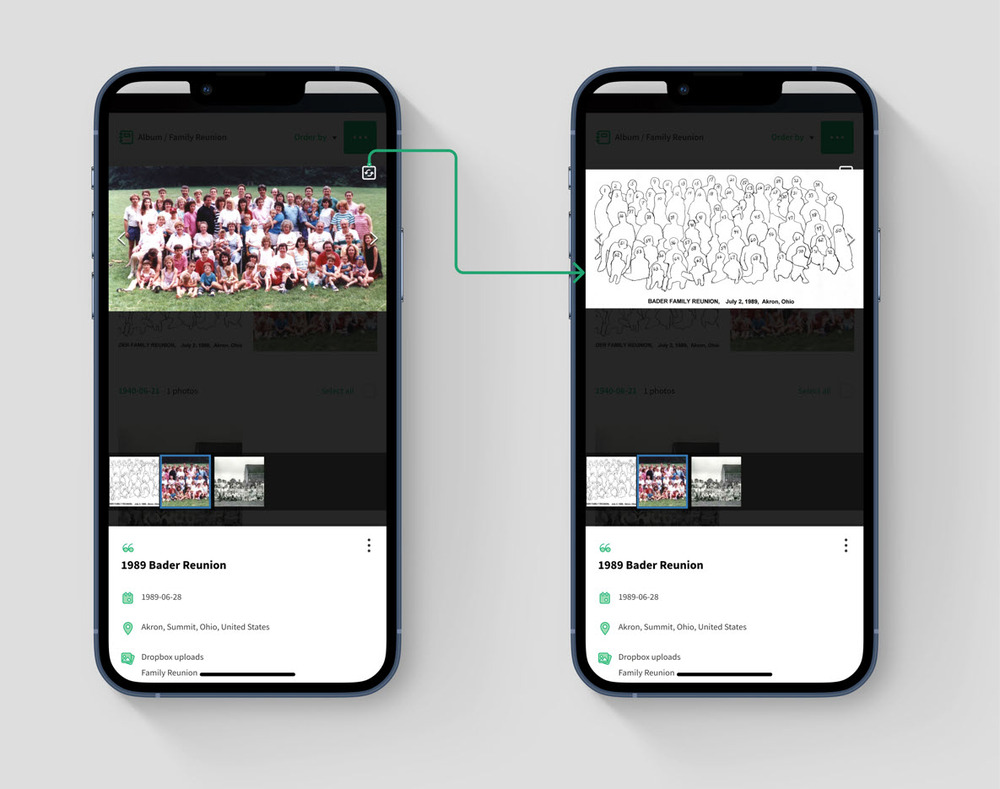 Front/back photo flip feature is one of MemoryWeb's innovations

MemoryWeb allows users to organize, view, preserve, and share their digital files with all the memory details captured, connected, and vivified through an easy-to-navigate web of memories. The company was founded by husband and wife, Chris and Nancy Desmond, and longtime friend Michael Taylor, who were all looking to find a way to preserve and share historic family photos.

They built the MemoryWeb platform to deliver on their own unmet needs when it came to organizing, managing, and enjoying their photos and stories. MemoryWeb’s current platform is heavily focused on metadata and photos.

“We’re thrilled to be recognized in this year’s list. We are continually innovating on the functionality of metadata and expanding our portfolio for the organization and management of digital media, so you can expect to see additional inventions and patents coming from MemoryWeb in the future,” states Chief Memory Officer, Nancy Desmond.

MemoryWeb, a company founded on the concept that back-of-the-photo information should travel with photos wherever they go, enhances and redesigns it's memory stamp feature in response to user feedback.


MemoryWeb today announced a revamped version of its memory stamp feature that changed both the format of the stamp and expanded the information it can mark. This popular feature lets users share photos with “who, what, when, where and why” details permanently imprinted as part of the picture. Users can share photos without any details as well.


Prior to this release, MemoryWeb’s memory stamp feature placed the user’s chosen details directly on the actual photo when it was shared from the app. While the original memory stamp format was very well received, users gave feedback that they would prefer the tag details to be separate from the actual photo but still a permanent part of the image. Users also expressed a wish to be able to use the memory stamp to clearly mark ownership on photos, especially when they are shared in a public setting such as a collaborative family tree.

In response to this input, MemoryWeb revamped their memory stamp feature in two key ways. First, the company added a field in the memory stamp options that allows the user to cite who contributed a photo. This is a key add for genealogists looking to ways to better protect their digital assets.


Second, MemoryWeb placed all memory stamp information below the photo and used smart icons to easily distinguish what type of detail was included.


MemoryWeb’s founders created the memory stamp to solve one of the biggest problems faced by people sharing photos today – the disconnection of details.

“The ability to share photos with details permanently connected is especially important to genealogists,” says Christopher Desmond, one of MemoryWeb’s three founders. “These family historians spend countless hours researching the stories of their ancestors and are clamoring for a way to easily share their findings with the context intact and with photo ownership clearly documented.”

Even though the company takes the unusual step of allowing users to export photos with all their tags embedded within the file metadata, the founders realized that the details can come “unglued” when the image is uploaded/shared with platforms such as Facebook. More often than not, social media and other sharing platforms will strip out the embedded tags or will override them with incorrect info such as today’s date and location. This blog post contains a detailed example how photo information can be compromised.

“MemoryWeb’s memory stamp solves that problem by creating a way to permanently attach back-of-the-photo details, regardless of where the photo is uploaded, shared, printed, etc.,” states Desmond.

MemoryWeb’s memory stamp feature is just one of several ways tag details can travel on and/or within a user’s photos. The company describes the ability to permanently tie details to photos forever, a process they refer to as creating File DNA, in this passage from their website.

MemoryWeb was founded by three Chicago-based entrepreneurs with a track record of start-up success who believe that back-of-the-photo information should travel with photos wherever they go. Currently available for iOS devices, MemoryWeb brings generations of photos from a broad range of sources in one organized place, creates interactive connections between them and preserves “back-of-the-photo” details forever. Because MemoryWeb imports copies of photos directly from places such as Facebook, Instagram, Dropbox, Flickr, Photos Camera Roll, Mac/Windows computers and FamilySearch, the company is able to preserve more of the correct information tags during the import process.

MemoryWeb Lets “Back-of-the-photo” Details Travel Outside of the Shoebox, and Genealogists Love It 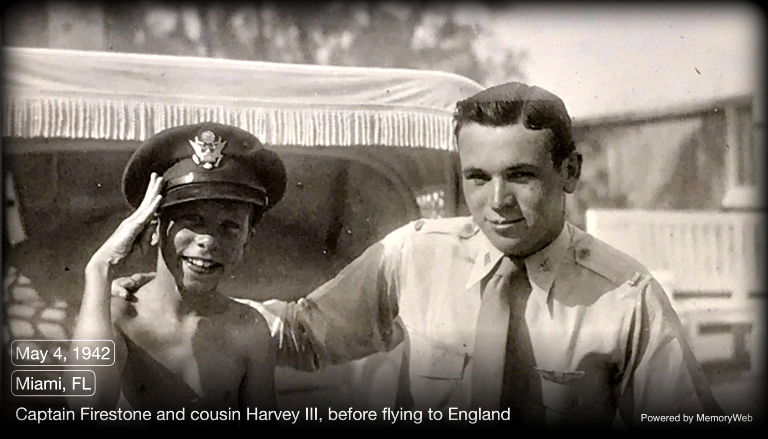 MemoryWeb made its genealogy industry debut by exhibiting at the Federation of Genealogical Societies (FGS) annual conference held in Pittsburgh, PA, August 30-September 2, 2017.

Just prior to the conference, MemoryWeb released a new set of features to help families connect past, present, and future generations of photos from one place (see announcement).

The FGS annual conference draws genealogists and family historians from the US and other areas of the world who are interested in strengthening their research skills. Conference sessions are taught by industry experts, with special days focused on society management and the library science behind family history research. The conference also has an exhibit hall showcasing regional societies and vendors with products/services useful to genealogists.

At MemoryWeb’s booth, the three founders (husband/wife Christopher and Nancy Desmond and their long-time entrepreneurial cohort, L. Michael Taylor) spoke with attendees about the particular challenges they’ve had in managing family photos and details. The team explained how MemoryWeb could help solve unmet archiving and sharing needs, especially with the recent release of the new feature set that can permanently connect the dots for all photos and generations.

As the founders gave demos of the app to booth visitors, attendees remarked that many features and capabilities clearly differentiated MemoryWeb from other photo apps, including:

FGS conference attendees had much to say about MemoryWeb:

Dallan Quass, President of RootsFinder, stated, “Our industry has seen so many solutions for preserving family photos and details that newcomers are nearly all dismissed as YASAPA (yet another story and photo application). Quass continues, “I was fully prepared to count MemoryWeb among those apps with nothing unique or important to offer the genealogy community. I was happily surprised to see that MemoryWeb is the answer to so many of our needs.”

Angela Rodesky of ARodesky Genealogy stopped by MemoryWeb’s booth to interview Christopher Desmond, one of the company’s three founders. In her vlog, Rodesky exclaims: “The fact that you can save information on who, what, when, where and post it to your family tree like that? Best thing ever!”

Diane Barberio from ORIGINS unveiled stated “MemoryWeb is moving the genealogical market into the future by merging the old photos we all have in our attic with our cell phone photos. This documents our full family history while preserving the images together in one place.”

Co-founder Chris Desmond stated on behalf of the company and his co-founders, “We believe that context should always travel with a photo, in every direction. Otherwise, we’ve traded one shoebox for another. Our users love how portable their tags are – within or on top of their photos. So the next time they research a great photo or family record, they don’t have to worry that the date, location, people and caption will be stripped out when they post it somewhere like a family Facebook group.”

MemoryWeb will make its next event appearance at RootsTech 2018 which will be held in Salt Lake City, Utah, February 27- March 3, 2018. RootsTech is a global family history event where people of all ages learn to discover, share and celebrate their family connections across generations through technology. The company will have a booth in the exhibit hall and founder Mike Taylor will be presenting on the critical need for metadata portability.

Founded by three Chicago-based entrepreneurs with a track record of start-up success, MemoryWeb brings generations of photos into one organized place, creates interactive connections between them and preserves “back-of-the-photo” details forever. 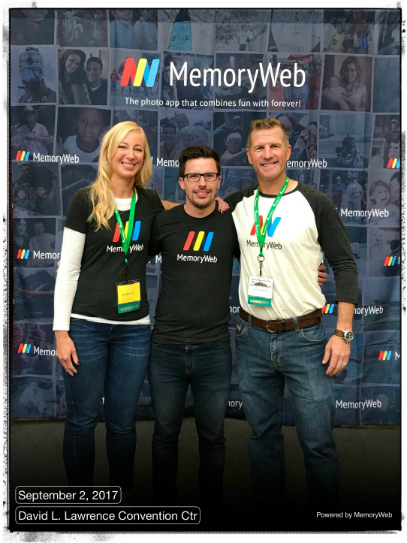 MemoryWeb Releases New Set of Features to Help Families Connect Past, Present, and Future Generations of Photos from One Place

The release of this feature set comes ahead of MemoryWeb’s debut exhibit at the Federation of Genealogical Society’s (FGS) Conference taking place August 29-September 2, 2017 in Pittsburgh, PA.

“We’re excited to release these features prior to exhibiting at the FGS conference,” says MemoryWeb co-founder Christopher Desmond. “Attendees of this conference are passionate about genealogy, and these features will give them a whole new way to link, share, preserve and explore family memories from the past and present.”

The newly-released features are the first in the series of additional features/enhancements slated to be delivered later this year and include:

This new feature connects the photos of each member of a user’s family tree. When they tag a person’s parents, a tree automatically begins to build with links to the profile pages of parents, siblings, children and more. Profile pages show every photo, album, place and vital record tagged to a person, plus details like birthday, age and family members as you scroll through the app.

This long-requested feature allows MemoryWeb users to share all photos of a person with details to other MemoryWeb accounts in one click. The photos/details will come over via a shared album, which gives the recipient the flexibility to choose what they would like to do with those photos:

Flexibility was of critical importance to users requesting this feature as they wished to maintain control of how they organized their photos when sharing people, especially when facing generations of namesakes.

This new feature allows users to directly download photos, and documents from their FamilySearch account into their MemoryWeb account. As MemoryWeb imports from FamilySearch, the app will automatically:

Many users wanted to be able to share “back-of-the-photo" details for pictures they had researched or taken recently. This new feature allows them to post on social media, Ancestry, MyHeritage, FamilySearch, etc. with tag details of their choosing ON the pictures. Photos can be shared without details too.

The release of these features also marks an evolved focus for MemoryWeb to serve an unmet need in the genealogy industry.

“Family historians have always struggled to connect past and present family memories in a single platform,” says Desmond. “People want a solution that combines their day-to-day photos with historical ones and allows them to explore the family relationships that bind them.”

Founded by three Chicago-based entrepreneurs with a track record of start-up success, MemoryWeb is a photo platform that brings generations of photos in one organized place, creates interactive connections between them and preserves “back-of-the-photo” details forever.